The History Of Pensacola Every Local Contractor Should Know About 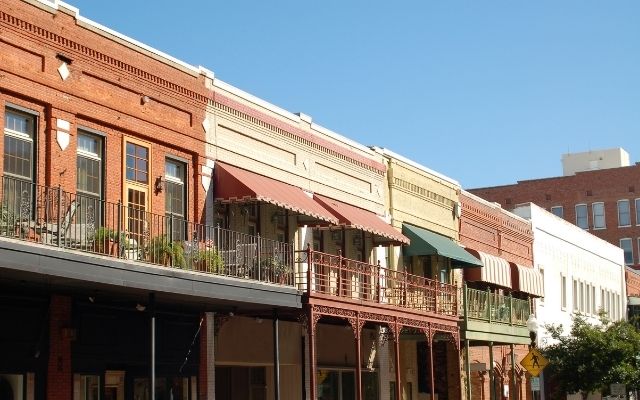 St. Augustine usually boasts of being the oldest continuously occupied European settlement in the US. But this isn’t the truth. Pensacola should take this title thanks to the fact that the Spanish landed here in 1559, six years earlier than St. Augustine. In this article, we will be discussing the history of Pensacola and how it can benefit contractors.

As mentioned above, Pensacola is among the earliest European settlements in the United States. This city was settled by the Spanish and the evidence of this are two profound wrecks buried just 12 feet below the surface of Pensacola Bay. At this spot, two the wrecks of two Spanish ships, Emmanuel Point I and II, dating back to 1559 are buried.

Pensacola’s history can be traced back to when Spanish explorer and conquistador, Tristan de Luna established a settlement here. However this settlement did not succeed and was foiled by poor planning and by a hurricane.

But way before Tristan de Luna and other colonialists set foot on the land we now call Pensacola, there were native tribes that were living here. These tribes Apalachee, Choctaw, and Pensacola.

De Luna’s trip to the Americas, accompanied by 11 ships carrying over 1,500 soldiers and settlers led to the founding of a settlement that later became Pensacola. This exploration journey was sparked by the Spanish King’s effort to colonize Florida, from the Florida Keys west to what is now Mexico and all the way up to Newfoundland.

Even if the wrecks of the ships they came with are not loaded with gold, they do offer a lot when it comes to 16th-century construction and shipbuilding.

It was not by chance that de Luna landed and established a settlement in what is now known as Pensacola. It was due to the fact that this area has a protected bay, which allowed ships to safely dock, resupply, and get minor repairs. If his establishment of a Spanish colony had succeeded here, then it’s safe to say that we wouldn’t be talking about Christopher Columbus today, and also the future of North America would have been different today.

Those visiting this beautiful city can learn more about its last and history by walking through streets named after major Spanish military strategists like Florida Blanca, touring antebellum homes, climbing a haunted lighthouse, and visiting a coastal fort. With that said, we’ve compiled a list of some of the ways Pensacola has made history. Here it is:

– Even though most of us believe that settlers arrived at St. Augustine first before Pensacola, the reality is they arrived at Pensacola on August 15, 1559, six years earlier than the St. Augustine.

– De Luna held a Catholic Mass after arriving in Pensacola in August 1559, which is the first to ever been held in America.

– The second oldest shipwrecks to be discovered in the United States is the remains of Emmanuel Point II, which belonged to de Luna’s entourage. This wreck was discovered in 2007.

– Even though the Confederate forces had a stronghold in the South during the Civil War, they never managed to occupy Fort Pickens, which is in Pensacola.

– Pensacola is home to one of the tallest and oldest lighthouses on the Gulf Coast. This still-operating lighthouse that dates back to 1859 has 177 steps to the top and is said to be haunted.

– The first capital of Florida State was Pensacola. However, in 1821, it was ceded by Spain to General Andrew Jackson to the United States.

– Pensacola’s Naval Air Station is said to be the birthplace of Naval aviation.