Major Hurricanes To Hit Pensacola And The Creation Of Greenshores 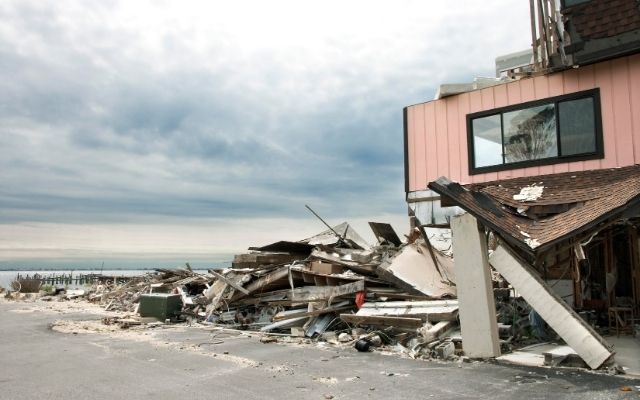 Being close to the southern coast of these United States of America, Pensacola, Florida has had its fair share of brushes with hurricanes in its recent and more distant history.

In fact, due to being a low lying, flat elevation area located in Florida’s western Panhandle, Pensacola is a prime area for storm surges, rising sea levels, and other intense wave actions that often accompany tropical storms and major hurricanes.

Unsurprisingly, this sort of activity poses threats to life and property whenever they do occur — which has been often enough throughout the city’s history.

Pensacola’s earliest recorded hurricane dates back to the time of the Spanish settlers back in 1559. Since then, Pensacola has been hit by a whopping eight major hurricanes and more than a few tropical storms dating from 1975.

The city’s frequency of being hit by hurricanes results in it being ranked in the top 10 for the worst cities for Hurricanes in the United States.

Thankfully, the city officials decided to do something about the city’s infrastructure, starting with rebuilding the city’s shoreline. Under the “Project Greenshores,” Pensacola city officials decided in 2000 to do some work to re-establish green areas around or on the city’s shoreline. That is the lost marsh habitat along the city’s shoreline downtown. Like many projects of this kind, the work was done in phases.

Phase one of this project started with constructing a breakwater. While constructing the breakwater, and the other features of this project, was not directed at making Pensacola ‘storm proof,’ an added benefit was the increased protection from rising water levels, surges, and other storm-related realities.

The offshore breakwaters were made from a combination of limestone, recycled concrete, and preformed concrete. The construction of the breakwaters was followed by the creation of a series of ‘islands’ made from 35,000 cubic years of sand and marsh grass (five islands in total) also created offshore. The islands together with the breakwaters helped tremendously during storms, as well as in the aftermath. During storms, waves and surges were reduced, while the erosion that would result was also significantly reduced.

Many benefits have been observed from the habitat restoration work of Project Greenshores thanks to the hurricanes that followed in the project’s wake.

For example, in 2004 (immediately after the completion of the project), Pensacola took a direct hit from the category 4 hurricane, Hurricane Ivan. The areas that were directly behind the newly built shorelines were not as badly damaged as those areas that were not.

The following year, in 2005, when category 3 Hurricane Dennis hit the city again, the benefits of less damage was observed once again, due largely to reduced storm surges and other similar activity. Among the benefits observed were improved water quality thanks to reduced turbidity and wave actions and less erosion.

The Greenshores had certainly helped rebuild some of the city’s resilience in the area of withstanding and bouncing back from the effects of storms and hurricanes.

According to the Mayor of Pensacola, there were added benefits outside of keeping storm surges at bay, including a boost to the area’s ecosystem, economy, and general recreational activities. The benefits continue to show up and are noticed over time, proving the project to be a highly effective and successful one. While one cannot stop the occurrence of storms and hurricanes, it is clear through this project that the impact of the same can be mitigated.

Perhaps the idea of Greenshores can be taken to other coastline cities to see if the benefits experienced in Pensacola can be replicated elsewhere.

Pensacola Concrete will play a large part in rebuilding Pensacola after every storm!